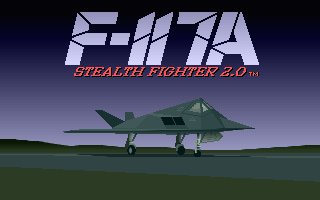 The F-19 of the original game, which was published before the real fighter's specifications became public, carried weapons in four weapons bays. Given that the real stealth fighter's payload capacity fell short of that offered in F-19, the sequel gave players the choice of aircraft: a "realistic" model carrying weapons in only two payload bays, or a variant retaining the four bays of the plane of the first game. In the PC version, both models of fighter resembled the F-117.

The new game introduced new theatres of warfare such as Cuba and Operation Desert Storm (in the wake of the Persian Gulf War, the Iraqis were no longer the allied nation that they had been in the previous game). Missions typically encompassed both primary and secondary targets, selected from a variety of objectives from photographing facilities (one selected weapon would have to be a high resolution camera) to bombing various ground targets. An advanced flight plan editing routine allowed you to adjust waypoints to successfully skirt pulse and doppler ground radar sites; the default flight plan would often take the plane's track into areas where it would be detected. Missions started on the runway of the originating base and ended with the pilot successfully landing at the recovery base. A Time Compression feature allowed the player to speed up the clock during missions.

An improved 3-D object rendering system, and 256-color graphics, provided improved target viewing on a remote camera view in the cockpit. Likewise, the player could change viewing angles around the plane, outside the plane, and even reverse target view to see the aircraft passing overhead from the position of the target. This last could also be performed from the vantage point of patrolling enemy fighters.

The game's missions have the player flying at a low altitude, though the actual F-117 mission profile involved launching weapons from high altitude. In keeping with the stealth nature of the game, most missions were during nighttime, though a cheat command allowed the player to switch the mission to daytime.

Points per mission were awarded for success or failure, as well as radar and visual detection, and identification, by enemy installations and aircraft. High scores were naturally awarded for entering enemy airspace, accomplishing the primary and secondary mission objectives, and departing, all without being detected by the enemy. (The game's manual included in-depth discussion of types of radar detection and how to avoid it, called Threading the Needle.) 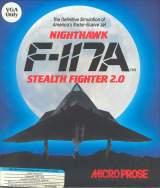