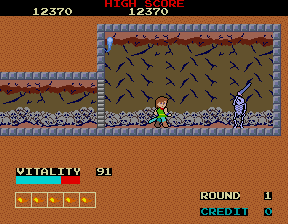 Dragon Buster is a role-playing game in which you travel through various scenery to rescue the princess from an evil dragon.