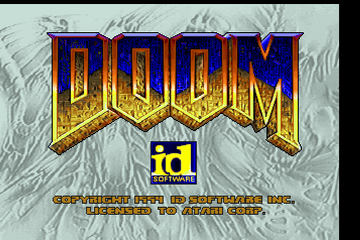 Mars, and the gateways between its two moons, Phobos and Deimos, has been the site of inter-dimensional space travel testing. Recently, however, these passageways have become dangerously unstable. Experiments using human guinea pigs have met with tragic results. Something evil has been exiting the gateways.

As the only combat-ready assault troops within 50 million miles of Earth, you've been ordered, along with your buddies, to Phobos. You arrive and are assigned to secure the perimeter of the base while the other marines go inside.

From outside the base you hear the carnage: guns firing, men screaming, bones cracking... then silence. Suddenly you're the last galactic marine alive, thrust into a bloody, gore-ridden underworld. Packing everything from chain saws to rocket launchers, it's up to you to annihilate Imps, Lost Souls, dead Marines, Barons of Hell... and ultimately avenge the brutal slaughter of your men.