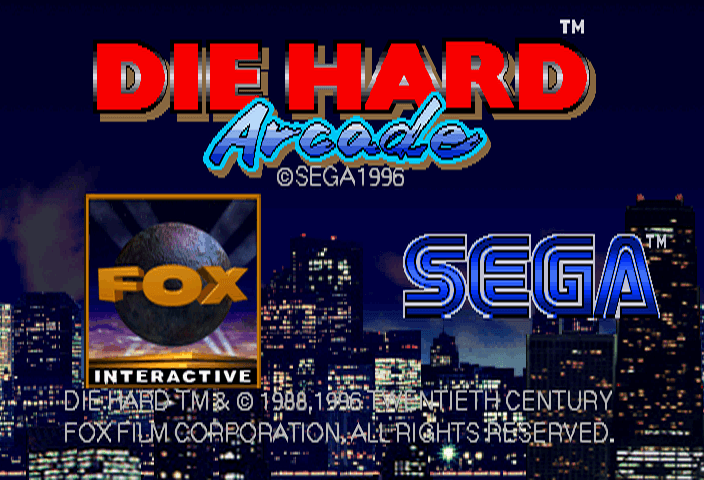 A 3-D, side-scrolling beat them up for 1 or 2 players in which the president's daughter has been kidnapped by a terrorist organisation. Die Hard Arcade is based on the Bruce Willis movie of the same name, although the game's storyline is very different from that of the film's.

Players take on the role of two SWAT team members who must fight their way through a terrorist-filled sky scraper to eventually reach and defeat the head of the terrorist organisation and rescue the President's daughter. Players must clear each area of all terrorists before they can progress to the next. The terrorists can be defeated by punching and kicking them until their health bars are depleted. In addition to hand-to-hand combat, players can also utilise various weapons and objects, including handguns, machine guns, missile launchers, anti-tank cannons, knives, sticks, fireaxes, spray cans, pepper shakers, steel pipes, brooms, bottles and, at one point, a grandfather clock.

Ammunition magazines can be picked up to replace depleted ammo in hand guns and machine guns, and health units can also be found to heal any damage players have suffered. At various points in the game, a pre-set sequence will start in which players must either press the PUNCH, KICK or JUMP button, or move the joystick in a specific direction in order to successfully negotiate certain enemies or obstacles. If either of the SWAT members fail on any sequences where they are supposed to punch or kick down enemies, they will have to fight them in hand-to-hand combat. Enemies can also be grabbed, allowing players to either punch or arrest them. The latter can only be achieved if the SWAT member is holding a gun, and is achieved by pressing either the PUNCH or KICK button twice.

When the SWAT members finally confront the crime boss, they will have to face him twice; first in the office and then on the rooftop. On the rooftop, he will be armed with swords and more difficult to hurt. After the boss is defeated for the second time, The President's daughter is rescued.

From here-on the game takes a nod from Technos' legendary 1987 beat-em-up, "Double Dragon". If only one player completes the game, the girl simply says 'Thank You!' and the game ends. But if 2 players complete the game, the girl will announce that she wants one of the SWAT members to become her new bodyguard. The two players will then have to fight each other until one of them is defeated, with the winner becoming the girl's new bodyguard. If the timer expires before either player wins, the fight will be declared a draw and the girl will be undecided about which SWAT member she wants for her new bodyguard. 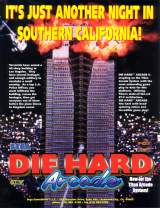