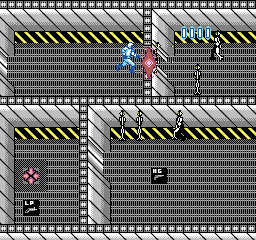 Or so they claimed!

Alcatraz, famous for preventing anyone from escaping alive, would ironically now prevent anyone from entering its forbidding walls. Who could have guessed that Mutech Corporation was controlled not by humans, but by a malignant digital life form? Who would have believed that these life forms had evolved to a level of intelligence far beyond that of man? Mutech's ultimate plan is a simple one.. enslave all mankind or destroy them! Only you can stop Mutech and save humanity as we know it! Prepare yourself for the challenge of a lifetime... your lifetime!