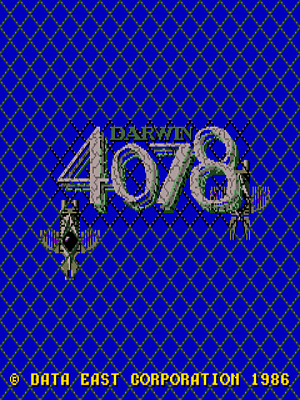 The game takes place within a gigantic spaceship which has virtually infinite capacity because of its ability to manipulate time and space. The player must deal with enigmatic creatures called EVOL, which consist only of pure energy and need to keep themselves in capsules in order to maintain their existence in the world.

All of the characters in the game are designed to resemble microscopic organisms, both in their appearance and their quick, tricky movements. The player's ship undergoes over 10 types of transformations throughout the game, each with offensive and defensive maneuvers specific to their design. The sound effects used are minimal, but different types of sounds are used according to the type of shots or their speed. A sound resembling a long scream results when the player's ship is hit and returns to its weakest evolutionary state.

The player must progress through 16 different levels, defeating the boss at the end of each level. The player controls their ship using an 8-way joystick and 2 buttons (one button targets enemies in the air, and the other targets the enemies on the ground). The power of the player's ship increases as it evolves.

There are two broad categories that define how enemies attack. The first type only shoots in the forward direction at a constant speed, but the second type shoots bullets that travel at different speeds depending on its distance with the player's ship (the bullets travel quicker if the player is farther away, and slower if the player is close by). This makes it so that staying away from enemies will not necessarily make it easier to avoid attacks. The game's difficulty also does not change over time, and enemies do not become stronger as the player's ship evolves. 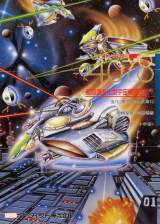