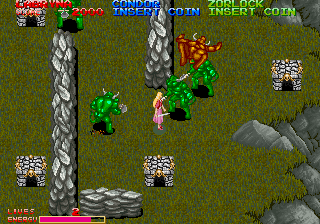 Pre-version of "Majuu no Ohkoku [Model GX687]" For more information about the game itself, please see the original version entry.

Dark Adventure has:
* Different intro sequences.
* More difficult: The energy live decrease faster and each scene has more than one exit (and more than one key).
* There are three player characters instead of two (Zorlock has been added).
* The rectangle that contains the options (weapons and speed) that you can activate doesn't exist.
* The scenes with the dragon don't exist.
* The weapons and the process to catch them are different. 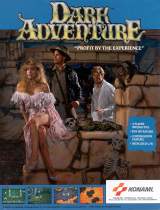