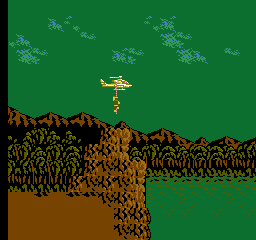 The most advanced Cobra attack helicopter ever built is at your command! You'll fly alone into a deadly no man's land where enemy choppers, tanks, soldiers, cannons and warships are all aiming to blast you out of the sky! Helpless hostages are counting on you to rescue them as you make your way to enemy headquarters for your final assault!