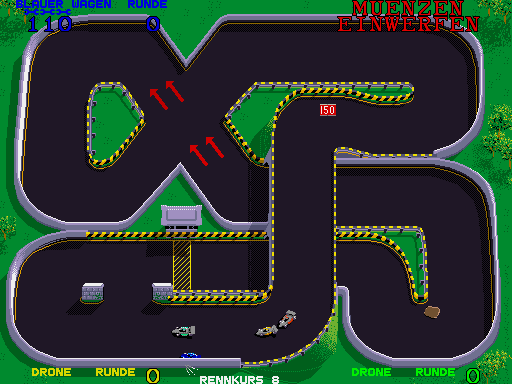 Championship Sprint is an updated version of the old Atari Sprint series, with the added ability for players to upgrade their vehicles as the game progresses. Upgrades are won by collecting the bonus wrenches that appear once during each race, and once players have collected four wrenches, they will be presented with an upgrade screen; allowing them to choose better traction, top speed, acceleration, or a faster helicopter.

Collisions with barriers should, of course, be avoided, as they invariably cost the player valuable time. Also; a direct, head-on collision can cause the players' vehicles to explode - particularly if the player is moving at speed when this happens. In the event of a car exploding, a helicopter will automatically airlift a replacement vehicle to the track; this replacement will retain any previous upgrades made by the player. Waiting for the replacement car takes precious time and allows rival drivers to gain a distinct advantage. Car replacement time can be shortened upgrading the helicopter.

The tracks themselves are all variations on the basic 'oval', with gates, jumps, ramps and crossroads ensuring a demanding, yet incredibly playable game. 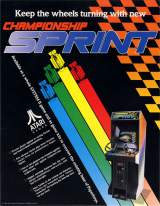