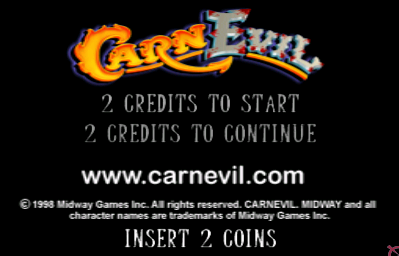 CarnEvil is a horror-themed rail shooter arcade game. It utilised a light gun that could be pumped to reload rather than needing to be shot off-screen. One rainy night a man called Spooky Sam is hosting a ghost tour in Greely Valley, Iowa, with five teenagers tagging along. When he points out the grave of Professor Ludwig von Tökkentäkker, one of them leaves the tour early and summons CarnEvil. 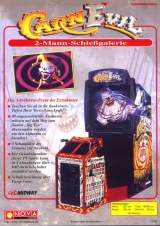