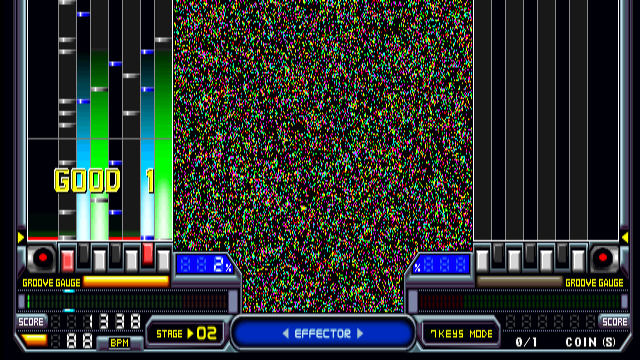 The game features 35 new songs, five of which are hidden. New features introduced in this version are auto-scratch (allows the player to focus on the 7 keys instead of the turntable), as well as two more Hi-Speed settings (HS2 and HS3.) 5th Style's songlist featured the first songs that would later become flashing 7s, here differentiated from regular 7s with a kanji meaning Forbidden.