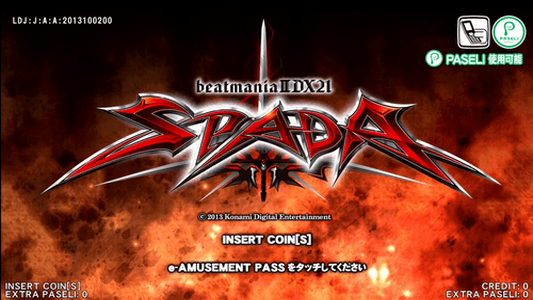 Beatmania IIDX 21: Spada still retains the same basic gameplay since the start of the series. Players are required to hit notes that fall from the top of the screen at the hit zone using keys or turntables which are required to be scratched. Hitting the notes correctly will fill up the Groove Meter, while failure to do so drains it. Players must attain at least 80% of the meter at the end of the song to pass. Two gameplay variations introduced in Beatmania IIDX 17: Sirius: Charge Note (notes required to be held) and Backspin Scratch (spin the turntable at one direction and spin it at the opposite direction at the end) are once again present. Players can now freely change between Single and Double Play during song select screen. The Results Screen has also been overhauled. The keypad used for inputting e-Amusement code can now be used to sort difficulty and music folders in-game.