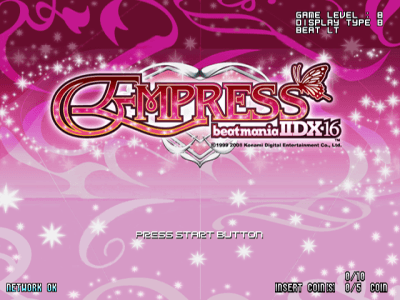 The core gameplay remains the same in Empress. A new hidden modifier called ALL-SCRATCH changes most of the notes into scratches. More tutorials have been added to the Tutorial mode from DJ Troopers. Many sound effects in the user interface have also been changed. A new mode that is introduced before DJ Troopers CS, "Hazard Mode", instantly fails the player if a combo is broken many times (effectively requiring a full combo in order to pass the stage). To access this mode, All the black buttons must be pushed (when highlighting Free mode in mode selection) to activate the Hazard mode.

The upgrade to Empress also comes with a new turntable design, which has been built to be easier to trigger, and also features a more textured surface.