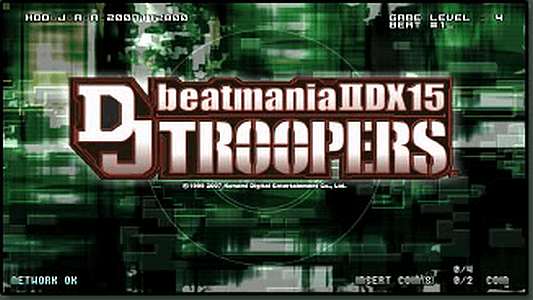 The core gameplay remains the same in DJ Troopers. A new hidden modifier called ALL-SCRATCH changes most of the notes into scratches. In addition, a new tutorial mode has been added featuring interactive tutorials on basic gameplay elements, which is presented by Michael a la Mode, the vocalist from GOLD RUSH from the previous style (who is visually portrayed by DanceDanceRevolution sound director Jason Stillwind Borenstein with sunglasses and a Beatnation Records T-shirt). In addition, tweaks to 5-key mode have been made, using the right-side of the keyboard on the 2P side instead of the first 5 keys.

New cabinets produced after the launch of DJ Troopers also feature slight changes, such as a LCD monitor rather than a CRT monitor, and new artwork on the transducer platform.