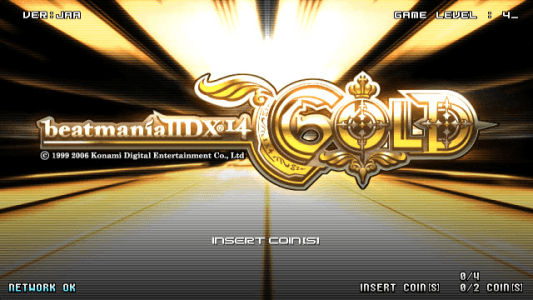 The core gameplay remains the same in Gold. A new hidden modifier, REGUL-SPEED, locks the BPM of a song to a constant 150, but scores achieved with it turned on are not recorded. In addition, a new song folder was added, Assist Clear, for songs which were cleared using the 5-Key or Auto Scratch modifiers. Gold also utilizes less strict timing windows than previous arcade releases, utilizing more CS-like timings. Also, the ability for 2 players to play on separate difficulties was added.