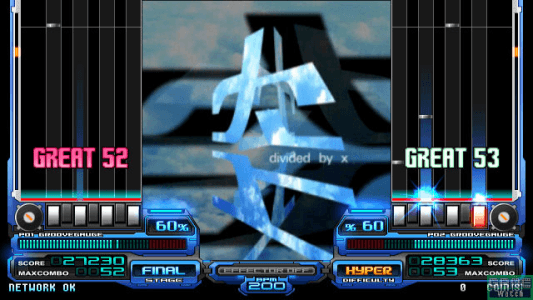 The core gameplay remains the same in Happy Sky. Songs are now ranked on a 12-point rating scale, with the difficulties being renamed in the process as well. LIGHT7/14 is now Normal and 7/14KEYS is now Hyper. All songs have been readjusted to fit the new ranking scales. A new folder called HARD CLEAR has also been added to the song selection screen for songs cleared using the Hard mode modifier.

The game features over 45 new songs, some of which are unlocked over Konami's e-Amusement platform. Happy Sky introduced several small but significant changes to the series, such as a new difficulty scale, and a new boss song.