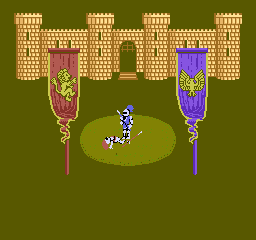 Did someone tell you chess is a civilized game played by civilized people? Forget it. Chess is war - a ruthless, cutthroat battle where one warrior lives to fight again and the other is left on the battlefield.

With BATTLE CHESS you don't just imagine the battles, you experience them! You'll hear the clank of armor, as you watch dramatic, 3-dimensional animations of courageous heroes fight to protect their king.

BATTLE CHESS is the most incredible chess game you've ever seen - where empires can be won - or lost!