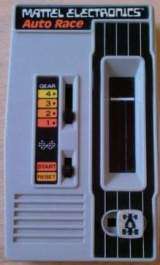 Mattel's Auto Race was the first in the line of many Mattel Electronics games, and is credited with being the first handheld game that was entirely digital, even predating the Milton Bradley's Microvision, having no moving mechanisms except the controls and on/off switch.

Sales of Mattel Auto Race beat expectations. Mattel in the 1970s, known mostly for Barbie Dolls and Hot Wheels, was at first skeptical of products based on electronics, especially at what was considered a high price point at the time ($24.99 retail). The success of Auto Race convinced Mattel to proceed with the development of Mattel Football which was often sold out and in short supply and this lead to the creation of a new Mattel Electronics Division in 1978, which for a time was extremely profitable.