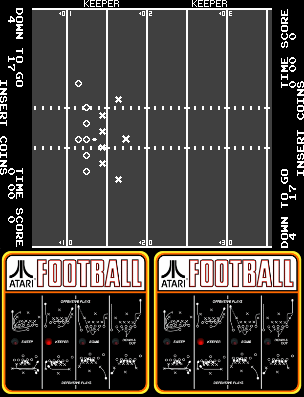 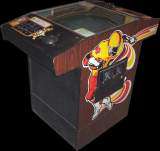 Atari Football was released in October 1978.

Two versions were released; this 2-Player model and another for 4 players as "Atari Football [4-Player model]".

Atari Football was first created in 1974 by Steve Bristow and originally called 'X's and O's'. It was shelved when Bristow started on "Tank", then resurrected 3 years later. This game was the first true video sports game and also the first Atari game to utilize a trackball controller.

The large trackball used by this game is the same one used by "Atari Baseball", "Atari Basketball", and "Atari Soccer", as well as the Upright and Cockpit versions of "Missile Command".