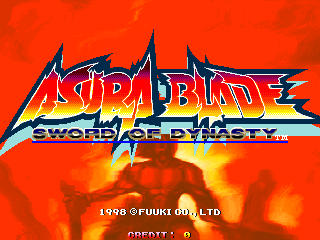 Asura Blade was released on December 04, 1998 in Japan only.

Note : You will need to do these codes before every stage or your character will revert to that from the selection screen.