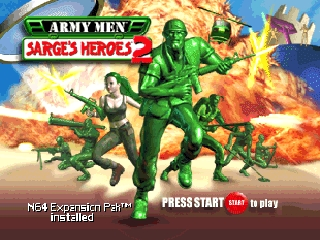 A 2-inch femme fatale named Brigette is but the latest creation from the wacky gang at 3DO.

This go-round, Sarge teams up with a G.I. Jane named Vikki in a campaign for survival against the nefarious Tan Army. It seems that the Tans' General Plastro, in his ceaseless quest to wipe Sarge and his Bravo Company from the face of the earth, has enlisted the aid of Blue Spy Brigette Bleu.

Treacheress Brigette is but one of nine new characters. There are also 14 weapons, including: