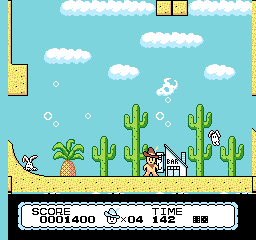 Inside the game's code, sprites for a rabbit boss can be found, but these are never used in-game. It was very likely this was going to be the boss of San Francisco, the game's fourth world, until being swapped out with Mecha-Fatadillo.