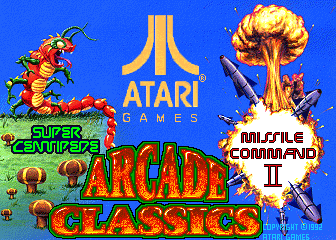 2 games in one means double the fun. 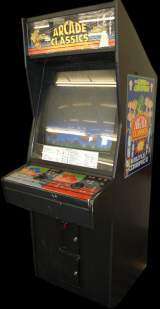 This prototype was never released (6 units are known to exist). If this game had been released on schedule it would have commemorated Atari's 20th anniversary. It has 2 games on offer, "Super Centipede" and "Missile Command II". They are both re-makes of the original classics but with enhanced graphics and sound.

After selecting "more new stuff" in the operator's mode; two kinds of spaceships will appear in the "Missile Command II" game. The "Mothership" that appears after a few levels is exactly the same as (except less detailed than) "Birdsnest", which is a spaceship on page 21 of the 1978 book "Spacecraft 2000 to 2100AD".

The spaceships in the "Invasion Wave" are probably ripped from another book in the series.