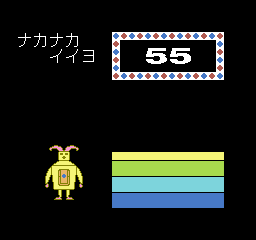 '89 Dennou Kyuusei Uranai is one of those Horoscope sims that used to be very popular in Japan in the early days of home consoles.

Hidden credits: At the title screen, hold B and press A.