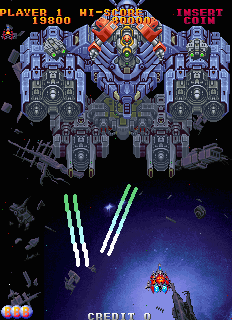 Blast your way through different time periods in this vertical scrolling shoot'em up.

In 3195 AD, scientists have developed a time-leap engine - but a mysterious entity known only as the Huge Boss has stolen it and used it to travel back in time and destroy 3000 years of mankind's history.

Two people rise up to defeat him: Hokuto, whose parents were murdered by the Huge Boss; and Shario, to fulfill a last promise to her dead sister. Together they pilot their aircraft and chase the Huge Boss. 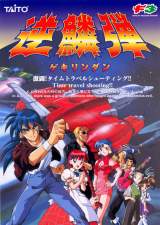