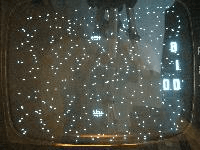 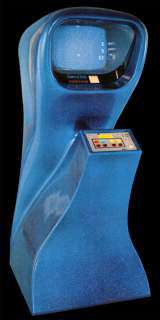 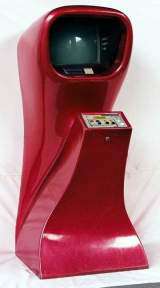 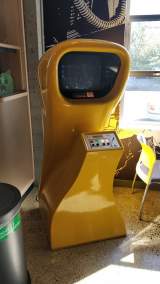 While he's attending the University of Utah getting his Bachelor of Science, a young student named Nolan Bushnell spends most of his time playing Russell's "SpaceWar!" on the PDP-1 mainframe at the university, one of only three educational facilities in the U.S. that can afford the computer monitors to display it. Working summers as a manager at an arcade in a Salt Lake City amusement park at 19 years old, he becomes convinced of the commercial viability of a videogame like "SpaceWar!", if only the system that ran it could be scaled down from university mainframes and into a more reasonably compact version. He begins an eight year odyssey to do just that : produce an arcade version of "SpaceWar!". He even goes so far as to move his second daughter Britta into her older sister's room so he can turn Britta's into a workshop to work on the translation. When he graduates in 1970, he goes to work in Sunnyvale California for Ampex, the company that invented videotape in 1957. His starting salary is $US 12,000. Fellow co-worker Ted Dabney then becomes involved in the project to turn "SpaceWar!" into Computer Space, the world's first coin-operated arcade videogame.

When 1971 rolls around Bushnell is convinced that he's on the right track, and he leaves Ampex to work on the Computer Space game full time. When he finally completes, 1,500 of the units are built, with a beautiful futuristic design and fiberglass cabinet, but the game does not sell well. Bushnell comes to the conclusion that the procedures of using various buttons for the thrusting and rotating of the ships are just too complicated for half-pissed bar patrons to comprehend. He becomes convinced that any successful video arcade game has to be extremely easy to understand from the get-go.

Larry Kerecman was one of the very first operators of video arcade games, including Computer Space. He writes that : "The brilliance of these machines was that Nolan Bushnell and company took what was computer programming (in "SpaceWar!") and translated it into a simpler version of the game (no gravity) using hard-wired logic circuits. The printed circuit boards that comprise electronics of these games use integrated circuits called small-scale integrated circuits. They consist of discrete logic chips and gates or gates, 4-line to 16-line decoders, etc. straight out of the Texas Instruments catalog. The shape of the rocket ship and flying saucer even are visible in a pattern of diodes on the PC board.".