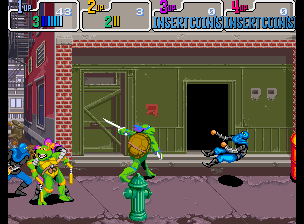 The sequel to 1989's hugely successful original, 'Turtles in Time' once more sees the four heroes taking on Shredder and his army. Gameplay remains similar to the original game, but the experience is enhanced further with the obligatory improved graphics and sound effects. 'Turtles in Time' also features a larger variety of levels, as now the battle between good and evil rages across time as the Turtles travel to prehistoric, pirate and Wild West times in their pursuit of the elusive Splinter.

Yet again, Konami's mastery of the genre was in evidence as the manic energy and humour of the cartoon and comic-book series upon which the game is based was captured perfectly. 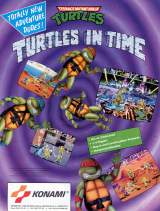