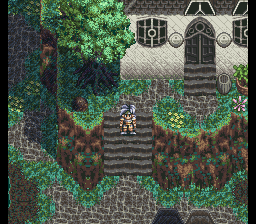 Action role-playing video game, first in the Star Ocean series. The story involves three friends who, while searching for the cure to a new disease, come into contact with a space-faring federation that is locked in a war with another galactic power. Using advanced technologies and time travel, the group attempts to uncover the cause of the war and to find a cure for their planet.