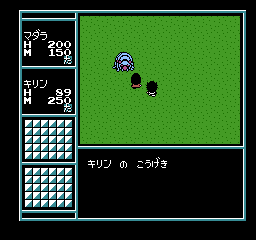 Thousands of years ago there existed the thriving technological civilization of Agartha, and although it no longer exists, evidence of its presence can be seen in the many strange ruins and artifacts that litter the Fuduraku continent. Nobody is entirely sure what happened to cause the fall of the once-great society; all explanations have long since been lost to the mists of time. There still exist a few scattered Agarthan families, however.

One such scion is the aged elder of Niso Forest, an inishe by the name of Tatara. That he is old is obvious, but he has been around for as long as any can remember, and nobody is quite sure precisely how ancient he is.

One evening, fifteen years ago, Tatara spotted something strange floating down the river from far-away Mount Shumi. This deformed object, once it drifted closer, appeared to be a human child, although it had been horribly maimed - its arms and legs had been cut off, its eyes and ears were missing, its throat had been torn open and its heart was missing. Tatara mercifully saved the babe, and fashioned mechanical prosthetics which the child could control using its powerful spiritual aura, or chakra. He named the baby Madara, and raised it alongside his granddaughter, Kirin.

In the meantime, darkness was spilling from the peak of Mount Shumi. Armies of demons called Moki descended from Shumi's slopes in waves, ransacking villages and subverting humans where-ever they went. At first, they only sacked the outlying villages, but soon the armies of the Emperor, Miroku, began to grow ever more bold. Even Niso Forest, a free Hijuran town, eventually fell under the eye of the Moki... 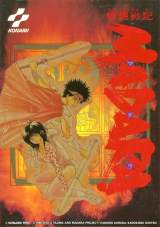