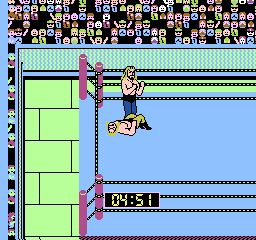 Challenge the world's greatest wrestlers in the grappling action game that puts you in the toughest competition of all! Choose which wrestler you want to be or make up your own tag team from top NWA stars including: Nature Boy Ric Flair, Sting, Total Package Lex Luger, Ricky The Dragon Steamboat, Road Warriors Hawk and Animal, and Dogface Gremlin Rick Steiner. Become your favorite wrestlers as you battle it out in the ring!