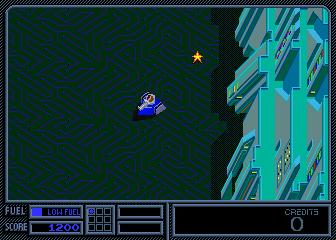 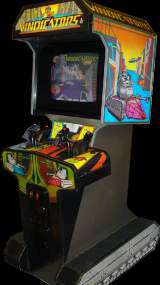 Vindicators was released in April 1988. This was quite a year for Atari and tank games, since they also released "Assault" in 1988.

1,605 dedicated units were produced in the USA only. The selling price was $2,395. The dedicated cabinet is a real favorite among some arcade game collectors. This is probably due to its unique shape, it is shaped a lot like a tank, with tank treads holding up the bottom section of the cabinet. The top half is decorated with sticker sideart that shows scenes from the game, and these same graphics generally carry over to the control panel and the front of the machine. The control panel features four tank handle controllers.

A Vindicators dedicated cabinet can be seen in the Nickelodeon show All That (from 1997 to 2000). However, it used a fictional marquee which was made for the show.