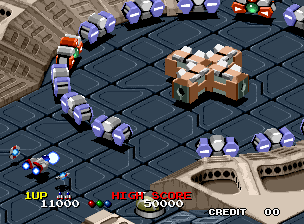 The player controlling a spaceship through futuristic and claustrophobics space corridors, while fighting on endless battles against swarms of assorted enemies and powerful giant mechanical bosses. You will have at your disposal a main weapon consisting a pulse laser which can be charged up for increased damage and three bombs: one that can make a wave of fire that starts from behind the player's ship and scrolls "up" the screen, another that makes a powerful circular nova-like blast, and one that shoots several mini-missiles capable of homing in on multiple targets. The game has 6 great stages in total. 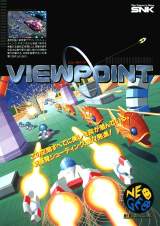