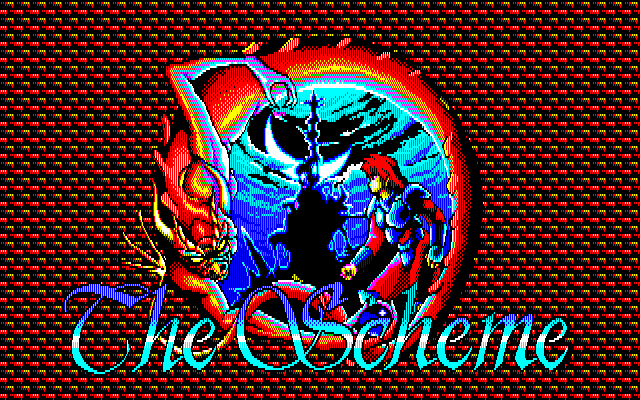 The inhabitants of the planet Rhea are being terrorized by a mysterious organization known as Hell Stones. To save his people, the king of Rhea himself steps out of his palace in order to single-handedly avert the threat.

The Scheme is an action game with role-playing and light platforming elements. The player controls the king as he explores vast outdoor and indoor environments. While some locations are simple side-scrolling areas, others are built like large mazes with platforming segments - the king has to jump on platforms to access certain areas or avoid enemy attacks; however, he doesn't take falling damage. Enemies respawn after the protagonist leaves the screen and returns. The king shoots energy orbs at the enemies; their type can be changed and upgraded as the game advances.

The role-playing element is present in levels and character development. Enemies leave two kinds of power-ups upon defeat: life-restoring and force-increasing, the latter being roughly equivalent to experience points. Leveling up occurs after accumulating certain amounts of these power-ups, increasing the main character's hit points. It is often required to level up in order to be able to access areas with harder enemies or defeat bosses. 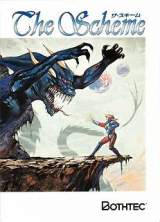