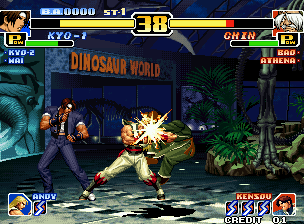 Introducing the new 'striker' system! Each team is expanded to four characters, with a total of 30 selectable characters set on defeating Krizalid and his evil feather coat.