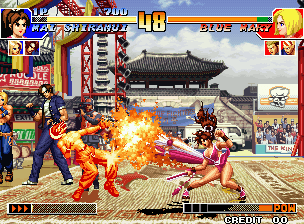 9 teams of 3 and 2 solo entries pump the number of selectable characters up to 29 in a battle to defeat the evil Orochi and those infected with his blood.