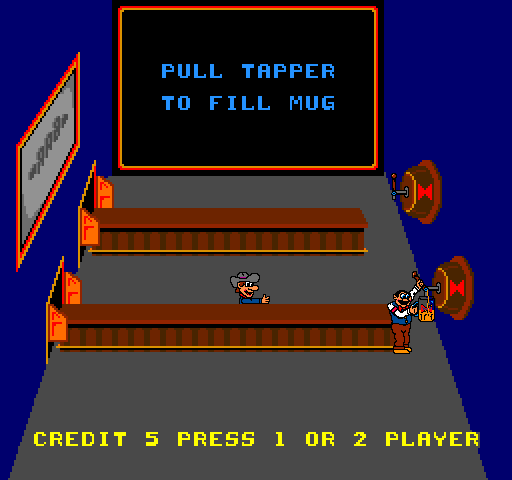 Taking on the role of an overworked bartender, the player must serve beer to the ever-thirsty patrons that populate his bar. All customers must be served before they work their way up to the beer kegs. Empty glasses must also be collected before they slide off the end of the bar and smash to the floor. Extra points are awarded for collecting tips, while bonus rounds involve locating the one beer that has not been shaken, and serving it. The game features four different levels :
1. Cowboys
2. Athletes
3. Punk Rockers
4. Aliens 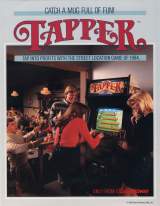