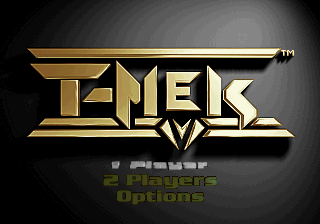 You must defeat him at his own game during the ultimate MEK battle tourney.