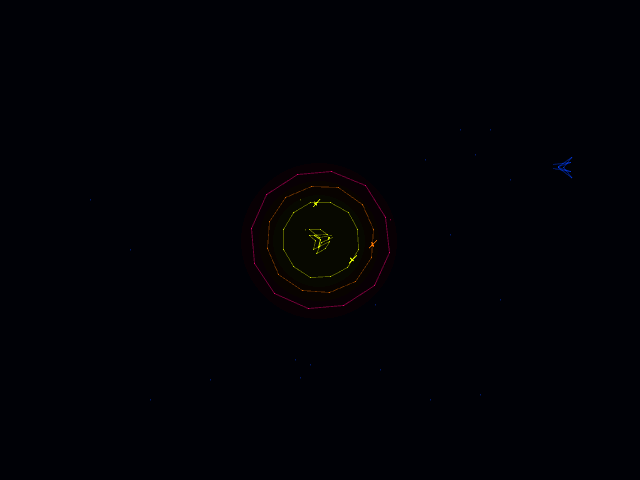 Star Castle is a 1- or 2-player outer space action game designed with features geared for maximum player appeal : A progressively difficult competitive level and a clearly defined enemy which must be both attacked and avoided at various points in the course of play.

The center of the playfield is occupied by the Star Castle which is programmed to constantly home in on the players' ships. Surrounding the Star Castle are three concentric energy rings of twelve segments each, which serve as both a protective perimeter for the Star Castle and a source of points for the player. Contained within the energy rings are three protective mines which seek out the players' ships and destroy them upon collision. The movements of the mines are programmed to simulate the actions of heat-seeking missiles.

As play begins, the Star Castle will appear in the center of the screen surrounded by its 3 energy rings. The player's ship appears about halfway up on the right hand edge. By using the control buttons to move forward, right or left, the player maneuvers about the screen using the firing button to launch missiles.

Points are scored by destroying the energy ring segments or the Star Castle itself. Exploding the Star Castle gives an extra ship as well as points. No points are given for the mines that attack the player.

The game of STAR CASTLE is not based on time units. The battle rages on until all the players' ships are destroyed. The length of the game depends solely on the skill of the player. It's the age-old challenge of man versus machine. 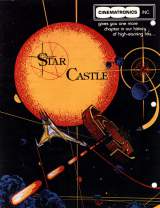