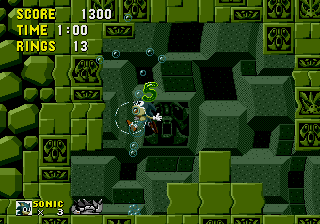 In an attempt to steal the six Chaos Emeralds and harness their power, the game's antagonist, Dr. Eggman, has trapped the animal inhabitants of South Island in aggressive robots and stationary metal capsules. The player controls Sonic, who aims to halt Eggman's plans by freeing his animal friends and collecting the emeralds himself. If the player collects all the Chaos Emeralds and completes the game, a reward ending sequence is shown. If all the emeralds are not collected, Robotnik taunts the player instead. 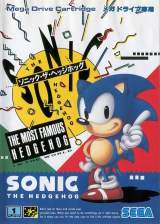