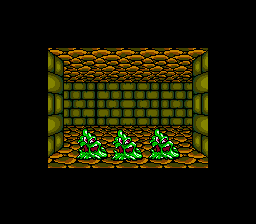 Shining in the Darkness © 1991 Sega of America.

North American release. Game developed in Japan. See the original Japanese version entry, "Shining and the Darkness [Model G-5506]", for more information about the game itself.

Vanish the fiendish forces of Dark Sol and restore peace to the enchanted Kingdom of Thornwood. Search for the powerful Arms of Light and fight the savage creatures that roam the darkness of the Labyrinth. Use your warrior's skills and cunning to pass the test of the Ancients and become a shining knight. 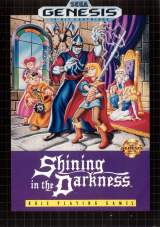