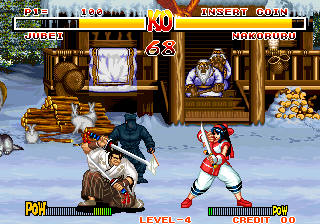 The game that put the Neo-Geo on the map! Superb weapons-based fighter featuring 12 characters, bonus rounds and one end boss.