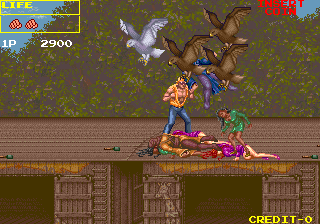 A huge melee battle featuring 4 forest rangers out to save the animals from the sinister poachers. Lots of enemies onscreen make for a hectic fight!