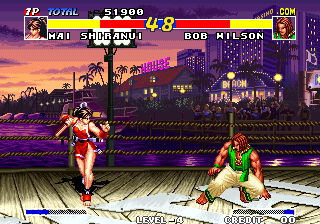 16 characters, some old and some new, breathe new life into the Fatal Fury series.