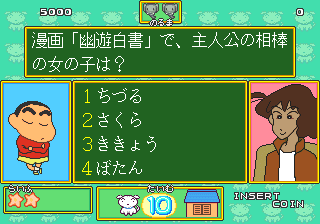 A Japanese quiz game from Taito.