Pump It Up The Exceed 2 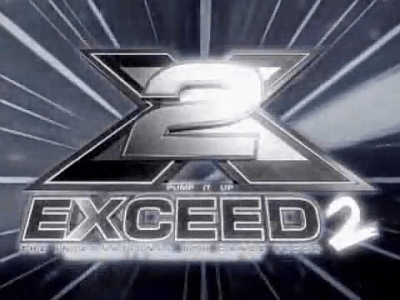 This version of the Pump It Up (PIU) series Features a slightly modified Exceed interface, the player first must choose between three game modes, called Stations :

* Arcade station - The gameplay is similar to the previous games, featuring Normal, Hard and Crazy, and also Freestyle and Nightmare for single-players.

* Battle station - A mode made especially for matches, featuring four different battle modes. It takes only one credit (instead of the usual two for two players), but only one song is played. The song is also limited to being selected from the remix selection (hard mode only). Special modifiers can affect gameplay, which are activated during gameplay by stepping on particular arrows, signified by specialized icons. The variety of available modifiers depends on the mode of battle selected (i.e. 'Minesweeper', 'Item Battle'). A pair of characters are also depicted on screen, who react to the loss of health during gameplay.

* Remix station - A mode specifically for playing longer songs, in the old Nonstop Remix fashion. In this mode the player normally plays only 2 songs, with an extremely difficult Bonus song called "Raw" only being earned if the player obtains a grade of S on both Remix station songs.

This version features 18 new songs from a total of 136.