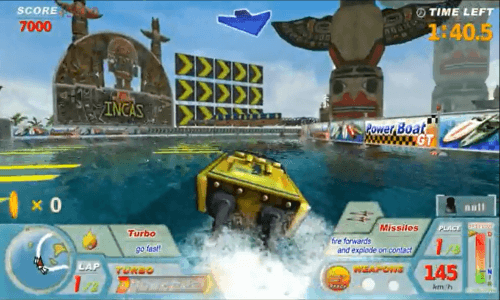 It's a race to the finish aboard your luxury watercraft! Choose from 10 different boats to race across international courses including Russia, Greece and the Caribbean. Hit the ramps to catch some air, collect power-ups to gain a temporary advantage in the fight for the finish.