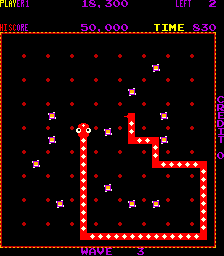 A maze game where you control Nibbler the snake to eat food around the maze. With each food you eat, Nibbler gets bigger. Complete each level by eating all the food on the screen. You lose a life if Nibbler hits his own body. 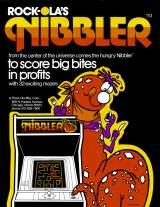