Nintendo Wii U disc published 10 years ago by Nintendo of America, Inc. 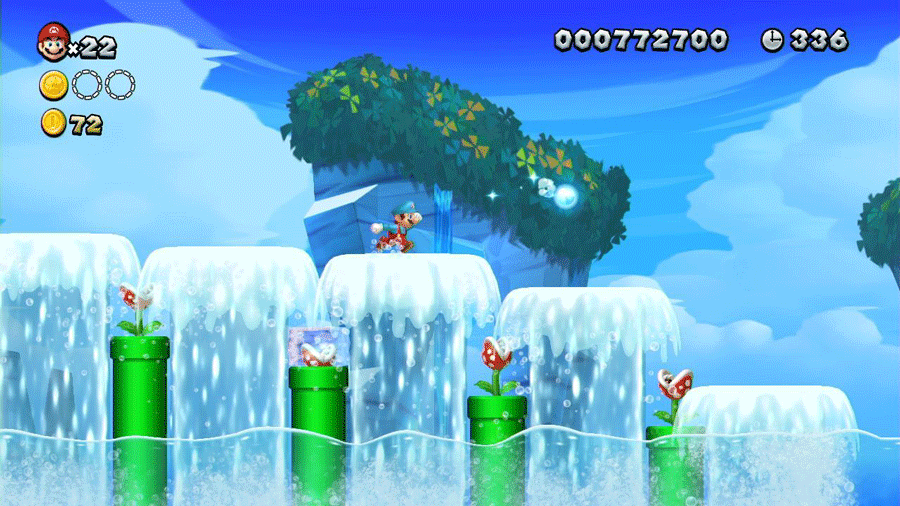 A side-scrolling platform video game in the Super Mario franchise developed by Nintendo for Wii U.

The game iterates on the gameplay featured in New Super Mario Bros. Wii The objective of each level is to reach the goal flag at the end of each level while avoiding enemies and hazards. The game can be controlled either using Wii Remotes or the Wii U GamePad, the latter of which allows for Off TV Play, where the game can be played strictly on the Gamepad's screen, without the use of a television. Up to five players can play simultaneously, choosing from Mario, Luigi, and two Toads and the Wii U Gamepad to put blocks down and stun enemies. Certain game modes also allow players to play Mii characters saved on their console. New to this version is an asymmetric multiplayer experience called Boost Mode. In this mode, an additional player using the GamePad can use the touchscreen to place blocks on the screen or stun enemies to aid the other player(s). This can be used to both assist amateur players and allow expert players to perform speed runs. The Koopalings, Bowser, Kamek, Boom Boom and Bowser Jr. appear as the game's main villains.

Along with returning elements, such as Ice Flowers and Yoshis, New Super Mario Bros. U introduces new power-ups, such as a Flying Squirrel suit that allows players to glide across long distances or slowly descend down vertical paths and cling to the side of the walls. Baby Yoshis can be carried by the individual players. Each baby Yoshi has a special ability based on its color, such as inflating in midair, blowing bubbles to attack enemies and illuminating dark areas. Some older power-ups also have new abilities; for example, the Mini Mushroom now allows players to run up walls.[6] Unlike the previous New Super Mario Bros. games, which have separate maps for each of the game's worlds, New Super Mario Bros. U features one large map containing all the game's worlds and levels, similar to that of Super Mario World. Some levels have multiple exits that lead to the different areas on the map. The Super Guide, which takes control of the player's character and moves it automatically through a level, is available in case the player has failed a level many times.

The game features two new modes of play, Challenge Mode and Boost Rush. Challenge Mode adds unique challenges, such as clearing levels quickly or earning as many 1-UPs in a row as possible without touching the ground. The Coin Battles from New Super Mario Bros. Wii also return and this time, the player can customize the battles with the GamePad to place the coins and Star Coins on the course.

Boost Rush takes place on an automatically scrolling level which increases in speed as players collect coins, with the goal to clear the stage as quickly as possible.[6] The game also utilizes Miiverse, allowing players to share comments about particular levels with one another. 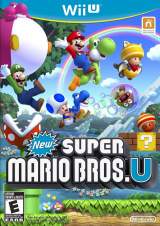