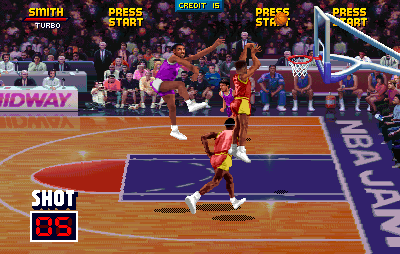 Two-on-two basketball with digitized images of real NBA players, monster dunks and no referee - it's a blowout! 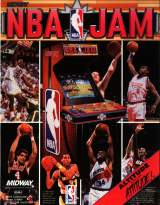