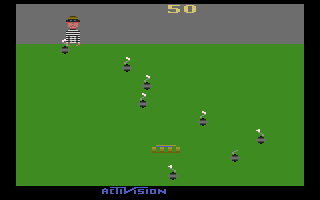 The object of the game is to catch as many bombs as you can and get as close as possible to the 999,999 maximum points.